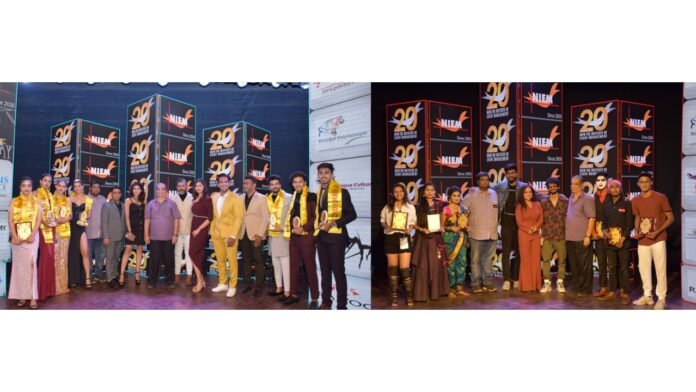 Students of NIEM stood out yet again by executed two beautiful shows even during Covid times, all covid protocols were observed.  It was a well-planned and brilliantly executed College Idol and Mr. and Ms. University – Seasons 18 at Nehru Memorial Hall.

An event with no audience did not take away the opportunity from the young artists in the entertainment and glamour world. Online voting was the key to justify their talent showcase. Sustainability, creativity and utmost learning under the guidance of Dr. Hoshi Bhiwandiwalla, Dr. Karna Upadhyay, Pradnya Chaitanya and Tanishque Jaiswal were the key motives of both the shows. Special Thanks to Manish Rajpal, Pranay Gangwal, Gokul Menon, Nihal Saxena, Mayank Gulati, Kainaz Variava, Parth Salvi, Ankit Sharma, Divya Chabariya and Anand Kamathe.

The show has been conceptualized with an aim to motivate and nurture the intrinsic qualities and has also proven to eliminate the fear of stage while building an optimistic and confident personality of the participant.

The College Idol was judged by Acash Shetty, Rutuja Junnarkar and Akshay Bhosale, Mr. and Ms. University was judged by Sandeep Dharma, Terence Anthony, Sona Goldkar, Jitesh Patil, Shwetaa Pardeshi and Chetan Agarwal. Participants from both the shows performed to the best which made the judges go tête-à-tête to reach to a conclusion.

After extensive analysis, Payal Taynath and Mayur Barve were declared as the winners for College Idol. Ritusha Zagade and Govinda Londe won the first runner-up, whereas Aishwarya Deshmukh and Anish Khater won the second runner-up.

The show’s grace enhanced when the students of NIEM gave a mesmerizing performance to celebrate the Times Leading Icon for Excellence in Event Management won by Dr. Hoshi Bhiwandiwalla presented to him by Respected Amruta Fadnavais and Dr. Karna Upadhyay was awarded the Doctor of Event Management (Honorary) by the World’s Human Rights Protection Commission. There were special performances by the famous celebrities like Rutuja Junnarkar, Ayali Ghiya and Esha Ranna and Troops. Abhyangh Kuvalekar, Supriya Tamhane, Juily Tamhane, Mayur Pardeshi, Prashant Gaikwad, Nitu Bhandari, Chaitali Nehete, and Monica George graced their presence on the event.

The show which was hosted by Hugo D’souza and Kashyata Bhatia was a grand success and received support from every corner of the city. The sleekness and the pace of the show has increased the expectations for the next season, leaving everyone asking for more.

NIEM is an institution for event management which gives their students a practical training opportunities on Live Events like Pune Festivals, Pune, International Film Festival, Filmfare, IPL, Pro Kabaddi, Destination Weddings, Sunburn, Supersonic and many more. Their objective is to shape the students into individuals that can run an event independently by providing them with enough practice and opportunities. Furthermore, NIEM makes sure that the students get an opportunity to work as an intern in various companies all across India.

We organize events all around India intending to attract a good audience and put up a show that will make them want more. We believe in putting together a team that can manage, help with, and organizes any event under any circumstances with the right ideas.

NIEM is recognized as Asia’s First Event Management Institute. The courses offered by NIEM are a Post-Graduate Diploma in Events, a Post-Graduate Diploma in Advertising, Media, and Events, and a Diploma in Events. Their agenda is to develop capabilities in their students to grow with the school and achieve more and more in the event world. Students come out with a good experience and flying colours to excel in the field by the experience that they gain.

The Grand Finale of Mr. and Mrs. University and College Idol is going to be held on the 25th of March with contestants from all over the country. The event organized by the NIEM students will be spectacular with valuable insights from their talented and highly experienced faculty. NIEM looks forward to organizing more events and providing the audience with the best experiences.

Maxtern Web Teamhttps://maxternmedia.com/
As an organization, we exist to empower the new generation of thought leaders, developers, creators, digital marketers and entrepreneurs, to learn new skills, grow their careers, chase their passions and create financial freedom for themselves, their families, and their lives, all while living out their true purpose. Our global campuses and pop-up workshops will help to eradicate poverty. We are part of a global movement to increase diversity in tech and grow new economies in underserved communities around the world. We enable millennials to become what they want to become in life by learning new skills and leveraging the power of the digital economy. We are living proof that all you need to succeed in this new economy is WiFi and a dream. [No Maxtern journalist is involved in the creation of this content. Email: contact@maxternmedia.com for Removals]
Previous article
How I become Bold and Strong Lady from a Shy and silent Girl – A German Model in India, Fatimah Hamad.
Next article
Interview with Young Entrepreneur Md. Ehsanul Habib Onik: Sharing his Success Secrets 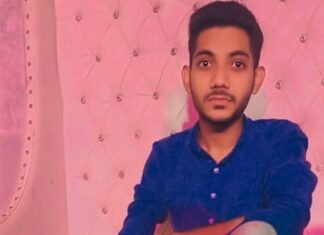 Huzaifa Maniyar is the rising star of Nandurbar

DannyAwss - 6 August 2021 0
Tell us something about yourself. How you came to the place you are right now?Myself Huzaifa Maniyar, basically from Nandurbar city of Maharashtra state...

National President Of Bharitya Panchayat Party Naresh Yadav Is On The...

5 Tips By Entrepreneur Abhinav Pundir For Reducing Stress And Moving...