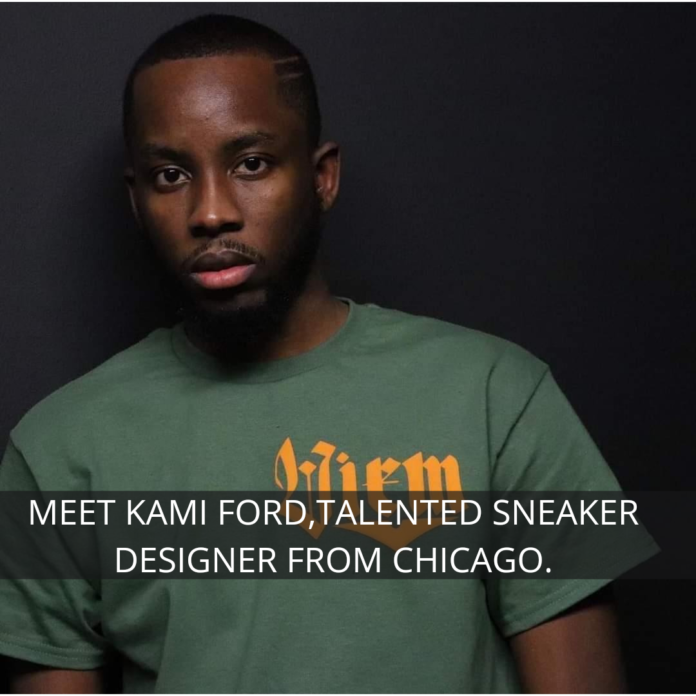 Kami Ford designer from the south side of Chicago, Illinois When asked how he came up with the brand Kami he stated: he’s been designing sneakers for seven years.He received the name Kami “Ka-mi” at the age of 15 when he traveled and attended school in Tokyo, Japan. They gave him the nickname Kami which stands for the “divine one” Since then, the name Kami had transitioned and carried over when He came back to the states.

Later on in life, when he was 21 years of age, he worked at a local Champs footwear store at river oaks mall Calumet City, Illinois while working there, He grew fascination for the footwear and product that they carried, but He always wondered what if this item could be in a different color or style. One day while working He had noticed a co worker named V.A.B had an interesting pair of sneakers on turns out he also a sneaker artist as well and ever since then he taught him some of his methods, he applied that to his brand. At first, it started off as a hobby but when he progress on his craft, people started noticing it more and more and like some hobbies, they turn into businesses. Since then, He’s had this hobby open up countless doors with the help of his talent and connections in the high demand of the shoe designs that He’s made. He’s also had celebrities, artists, as well as customers, request my work and designs. Some of the celebrities that He has worked with and designed for are Jhene Aiko, Gherbo, Lil Bibby, Jeremih, Dj L Beats, DJ Hot Ro, chance the rapper,englewood Barbie“power92chicago” Dj Zaytoven, Toni Romiti, Blakemore, Cole Bennett,Chicago’s comedians Reggie Babyee, Skinbone,

He also collaborated with multiple brands such as sprite, and Macys. When asked about Kami’s goals he stated: My goal as a designer is to make my sneaker designs trendy, cost-effective, and have a deep impact with the youth in Chicago also to show that there is more to Chicago than the negatives that they face and that your hobby’s and interest can open doors in a positive way.

Another one of my main goals is to inspire a generation that’s lacking patience to understand that anything is possible once you put your mind to it. I find it as a father raising a daughter now that it’s extremely important that we teach and guide the youth from not only just our successful habits but also from our mistakes, so that they can grow.

nevs.asiahttp://www.nevsasia.com%20
One stop solution for Trending news, Crypto News , Entertainment News and the news based on your interest
Previous articleWho is Imran Ghazi? Full Biography in English
Next articleDheeraj Budhori – The Author of Business Ideas From Waste Material 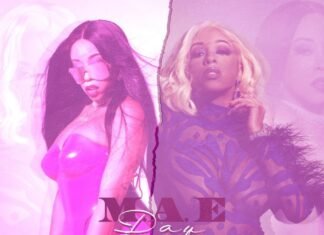 nevs.asia - 22 January 2022 0
Miami-based Hip-Hop artist, Pilly Mae, captures the best of the hip-hop culture through her captivating blend of modern hip-hop combined with flares of R&B...