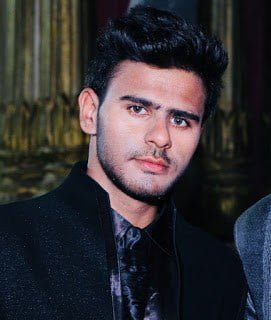 Naushad, born in Mumbai, got his first mobile phone at the age of 14. He was always keen and curious about knowing how things work on the internet and kept on finding new things on the internet as a computer geek.
Later, He observed Instagram and started his own agency named PageTraders , the unique idea was that to grow Instagram accounts of different niches till a certain amount of organic followers and then sell it. He was among the first geeks in India to flip Instagram accounts as the new creators would buy the account with a strong foundation. Although, he has been a part of many meme pages with millions of followers as a content creator. He started analyzing and cracking Instagram algorithms(Instagram expert). He sold a number of social media marketing services to his US clients through telegram. He developed digital marketing skills and started handling social media accounts of  various brands and entrepreneurs.
Later on, He developed a deep interest in ethical hacking which made him learn different programming languages , Sniffing, SQL Injection, Social Engineering, Evading Firewalls etc. Though not officially recognized, he possess great skills and immense knowledge in this field. He enjoyed finding bugs and vulnerabilities in web applications. He played a role in creating awareness about information security and cyber crimes.
He truly believes in the principle
‘Hack the hackers before they hack you’
In his free time he gets updated and learns many valuable and useful things.
He believes that one must not be afraid to dream a little bigger.
He is currently pursuing Dentistry and wishes to practice as a Dental Hygienist and a Cyber Security Expert in his free time. He dreams to setup a chain of Dental Clinics all over India under one name. He longs to give equal time to his profession and his personal interests . He believes in overall development in all fields and aspects of life.
He strongly believes –
Knowing something doesn’t change your life. Doing something does.
Facebook
Twitter
Pinterest
WhatsApp

Maxtern Web Teamhttps://maxternmedia.com/
As an organization, we exist to empower the new generation of thought leaders, developers, creators, digital marketers and entrepreneurs, to learn new skills, grow their careers, chase their passions and create financial freedom for themselves, their families, and their lives, all while living out their true purpose. Our global campuses and pop-up workshops will help to eradicate poverty. We are part of a global movement to increase diversity in tech and grow new economies in underserved communities around the world. We enable millennials to become what they want to become in life by learning new skills and leveraging the power of the digital economy. We are living proof that all you need to succeed in this new economy is WiFi and a dream. [No Maxtern journalist is involved in the creation of this content. Email: [email protected] for Removals]
Previous articleMr Paawan, famously known as Punky The Digital Marketing king, know about his journey towards ruling the market
Next articleHow pulkit malik became digital sensation ! know more !

Simple Ways On How To Battle Against Depression

elaniesmith - 22 May 2022 0
Depression is a hard thing to come out of, no matter which type of depression you are fighting. However, if you obtain the right...

Karan Malik, a 21 year old on the way to Success

How to become a brilliant makeup artist with Surkhab Anjum.