Mohit Churiwal, Founder of MaxternMedia & The Unstoppable Force Who Is Making Money through Digital Marketing. 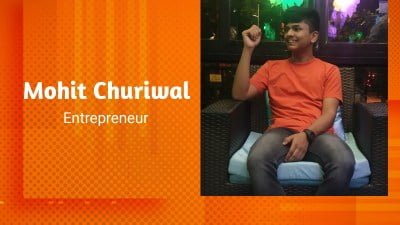 At a time when most 16-year-olds are worried about their Standard 10th results and entrance examinations, there is one young man, who is busy creating social media history! His name is Mohit Churiwal and he has a steady fan following on social media. What makes him unique is not just his age but also the fact that he is taking his studies as seriously as his ‘career.’ He is working towards achieving his dream. He hails from Surat, Gujarat and has reached new heights by creating digital strategies and extraordinary content on social media. While students at his age had books in their hands, he became an Instagram expert leaving many people in awe of his creative side. To name a few pages which this young guy has handled on social media are ‘Time 4 Knowledge’, ‘Fact Run’, ‘The Dazzling Facts’, ‘Logic Detector’, ‘Fact Gyan’ among other pages.
Mohit, a young social media influencer is the Founder and CEO of MaxternMedia & MaharashtraRepublic. But he is busy with a lot of other things too! His diverse knowledge about social media and his unique strategies have no bounds. He has also run promotional campaigns for apps like RozDhan and Vigo. “I wanted to try something different in life. Entrepreneurship had always been in my mind. I always had my interest in social media and I am really happy that I have found my purpose in life”, said Mohit. He has reached that level of his life where people dream to be at.
During school, he devoted most of his time in analysing social media trends in the digital market and create viral content for his audience.
Besides Instagram, he has tremendous knowledge about YouTube. His best quality is that he understands what kind of content would work on the digital space. In other words, this digital genius knows what to offer to his audience. Apart from creating content, he also holds expertise in growing the social media page in terms of followers as well as engagement. He has helped many international clients grow their followers organically and is minting money in dollars.
He is widely known as one of the best in the business at creating organic viral growth and pairing it with paid digital media campaigns for his clients and achieving a commendable name in the industry.
“Don’t worry about being successful but work toward being significant and the success will naturally follow”, Said Mohit
At this tender age, he founded his company named ‘Maxtern Media’ which did several campaigns for domestic as well as international companies. Mohit Churiwal is undoubtedly that precious gem who was meant to shine brightest. Isn’t he one among millions in the truest sense?
Facebook
Twitter
Pinterest
WhatsApp
Previous articleVarun Singh, a 20 Year Old Successful Entrepreneur from Agra
Next articleShivalinga, a 20 year old boy from Gulbarga, who is change the digital era

Maxtern Mediahttps://mohitchuriwal.com/
I've always had a knack for storytelling! Hi there, I'm Mohit Churiwal. I'm a copywriter and, a blogger. I Interview individuals who've achieved some sort of success in their field- Actively building a knowledge base for Millenials

India at present is in developing stage. Everything is developing at a very rapid speed however there are few areas which we need to...
Read more
Lifestyle

It is believed that all our dreams can come true if we have the courage to pursue them. Agrim Porwal is a living example...
Read more
Lifestyle

The youth of our country is passionate and driven towards their goals. They are the pillars of our nation and they are responsible for...
Read more 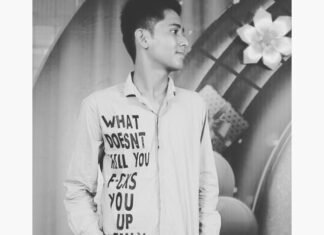 Maxtern Media - 23 October 2020 0
Sujeet R Yadav has always been a person who recognizes opportunities and builds his career. At the age of nineteen, he is a renowned...

In many ways, he has shown his uniqueness from others in the classroom, just as he added another dimension to his achievement by creating...
Read more

With the digital media world exercising it's power on people from various sections and fields of society, the need for the perfect execution of...
Read more

It Is Kinemaster Modded Version Without Watermark. The Best Editing Software In Android Phones. With Chroma Key, Video Layer Supported And Many More. If...
Read more

Hey guys, I’ve been getting a lot of questions about the 502 method and what even is it.So I thought that I should explain...
Read more