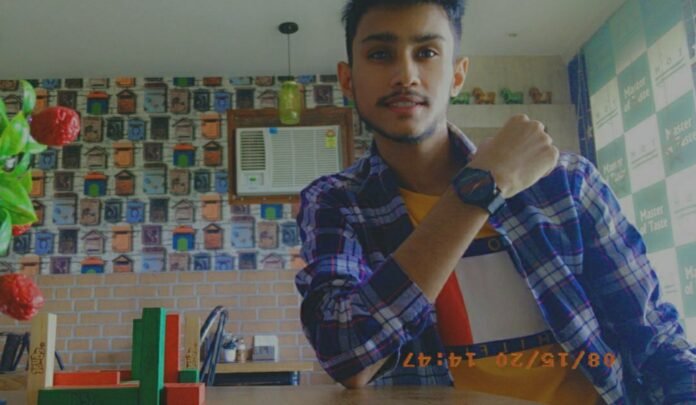 Let’s meet Dipanshu Thakur who is just 21 years old guy from Delhi, mostly friends address him as his nick name “Diksh“. At the age of just 15, he ventured into the digital world, he is a great digital marketer, social media handler and influencer. He started his digital career in class 12th and his current occupation is managing pages on Instagram and creating content. From the beginning, he has been a desire to create something new, creative and different. He always believes in the combination of hard work + smart work. Currently, he is running @thexoticfacts successfully on Instagram and shares his 5-year experience with all young people who have a passion for doing something creative in their career.

The up’s and down journey :

Dipanshu says that he did not already have a plan, it was just a coincidence to choose this field, which changed his whole life. It is of 2015, when he was in class 12th, it was a time when he was very worried about his future and career and there was no one to guide him.Till then, he was not aware of his talent, he was very interested in technology and was also fond of editing. At the same time, he created id on fb and there he came into the relationship, because of he was a very introvert type person, he did not like to meet or talk to friends or people, so to share his feeling, he made Instagram as a medium where he was share his feeling as quotes using post. This was the time when he himself did not know that this page is going to change his life. He kept posting.

The turning point of life :

after few days, he received a message “do you need promotions”. He had heard something like this for the first time, it was curious to know him what it is, how it happens, how things actually work.

And here it is Mr. Aman Patel, mentor of his life, who explained & guided him in detail about such things. He still remembers today how he took the first promo for his page for ₹ 80 after saving ₹10 – ₹10. He says he wanted to grow the page more but they did not have enough money and resources & here’s the Talent work which he used to designed the post for other pages. Later he designed the post for other pages & pages used to promote his page in return. In doing so, it became one lakh audience on his page and diksh understood this social platforms better than ever before and connected with this world.

The page created by him “it’s cute relationships” which had 100k followers. Dipanshu used to interact personally with his followers and had started earning from this page, but says that there is definitely a round struggle in the progress’ way. The same thing happened with mr diksh, one day he gets a message from a foreigner who offers him $ 2000 instead of a page. He says that he was very surprise for so much money for just a normal page, till that time he did not know its importance in the true sense and he sold that page, the second mistake that he done he spent all the money that he got from the page.

The journey after failure :

And this was the first lesson they had learned in this field, now he did not have the enough funding to start a new page, he remained idle for almost a year, he dropped the college and the same time he is facing the lot’s of problems in his relationship too.

Then his classmate named Prince, sided with him and showed full confidence on his talent. According to Dipanshu , it would not have been possible if Prince was not there at the time so maybe EXOTIC FACTS are not even today. Later Mr. Prince arranged the investment and became a partner. It has been a fact in diksh life that many of his friends have supported him and appreciated him in this journey, for which he is very thankful to all of them. Along with this, He started once again & used whatever he had learned so far to grow his page with full potential and passion and made a tremendous fact page with 100k followers in just few days. Today both of them are earning 70k to 80k month. Today, he has a team of five and six people who work under them. They have link to 15 country around the world. Mr Dipanshu had never thought that he would even have a team. The team has focus on always providing better and verified content to their audiences and this is the reason that their audience appreciate them and attached to them like a family.

Both of them say that they have many future plans which they will soon reveal with their Instagram family. Right now they are preparing to launch “it’s cute relationships” once again to convert their mistake into their success. Where they will also launch a novel on real-life based relationships as they had promised to their old audiences. With this, for those youngsters who want to make Instagram as their earning source, they are also bring a PDF E-book in which Dipanshu will share his 5-year Instagram Experience in detail with all tips, tricks, secrets & strategy that would be helpful to make Instagram as earning source for new comers.

By Using this method youngsters like you will be able to generate passive income only from a mobile and internet. In this, you will also get a chance to learn a lot from his failure. With this, we finish this great interview here. Hopeful further, soon we get a chance to do another interview with them where we get a chance to know more about Mr Prince Singh the partner of Mr Dipanshu.

Maxtern Web Teamhttps://maxternmedia.com/
As an organization, we exist to empower the new generation of thought leaders, developers, creators, digital marketers and entrepreneurs, to learn new skills, grow their careers, chase their passions and create financial freedom for themselves, their families, and their lives, all while living out their true purpose. Our global campuses and pop-up workshops will help to eradicate poverty. We are part of a global movement to increase diversity in tech and grow new economies in underserved communities around the world. We enable millennials to become what they want to become in life by learning new skills and leveraging the power of the digital economy. We are living proof that all you need to succeed in this new economy is WiFi and a dream. [No Maxtern journalist is involved in the creation of this content. Email: contact@maxternmedia.com for Removals]
Previous article
Tushar Agarwal leaving no stones unturned towards his path to being a successful talent manager
Next article
Kavitha Bharanidaran broke the record of Pradnya Patil in yoga marathon. 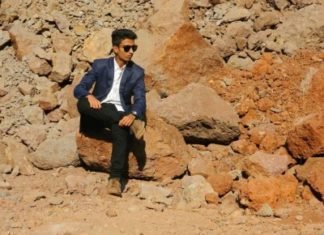 Tushar Agarwal leaving no stones unturned towards his path to being...