Life is unpredictable. None of us can predict what will happen in our life within the next 5 years. The only thing we are capable of doing is hope for the best. Some bonds will break permanently, or we may meet with some people with whom the living will become wholesome. Some relations may facilitate the process of our success, and a few will try to pull us down. Anything and everything can happen in the meantime.

Singer Aadiz Imran and Actor Kabir Khan are not childhood best friends, but destiny made their bond in 2016, and they have been thriving success for the last four years in the Rajasthan Film Industry. The journey started with great enthusiasm. Their first project was a horror film, The Real Story of KabirKhan, the first horror film in the Rajasthan Film Industry, and later it went like a roller coaster ride. They completed numerous music albums together. Singer Aadiz Imran also possesses the creativity of film directing and songwriting. He also writes film scripts. This dexterous persona can make anyone surrounding him into a well-determined person towards their respective goals.

Actor Kabir Khan was born on 12th August 1993 in Rajsamand, Rajasthan. He belongs to a Muslim middle-class family. Singer Aadiz Imran was born on 1st April 1993 in Udaipur, Rajasthan, in a middle-class family. He completed his schooling at Shri Jawahar Jain High School. After that, he completed his degree (Bachelor of Arts) from Mohanlal Sukhadia University, Udaipur.

Kabir Khan’s father is Sayyed Yunus Ali. He completed his studies at AmethHigh Secondary School. After that, he got admitted to the Mohanlal SukhadiaUniversity, Udaipur. Actor Kabir Khan is a big fan of the Badshah of Bollywood Shahrukh Khan. He used to copy SRK’s acting pattern in front of the mirror, fantasizing about himself as an actor.

In 2016, Actor Kabir Khan got a chance to meet with the film director AadizImran. Kabir Khan’s acting skills, creativity, and determination impressed Aadiz Imran. After this meeting, Actor Kabir Khan utilized the opportunity to showcase his talent in a horror film. He got the main role in the movie and became an overnight sensation after this role. It was the first horror film of the Rajasthan Film Industry.

He became friends with co-workers and the director. After doing this movie, Actor Kabir Khan took part in many music albums. Divya Dewan, Fam Boy Sameer, and Singer Aadiz Imran made Bande Badmash with KabirKhan. When this music album became popular worldwide, this group started to be known as “Bande Badmash.”

Actor Kabir Khan does not want other people to go through the hurdles before entering into the industry, like him. He has established an NGO which helps needy children to learn acting and music. They help these children in their education process and also take responsibility for educational expenses. The name of this NGO is Sayyed Yunus Foundation.

Divya Dewan, Singer Aadiz Imran, and Actor Kabir Khan are working on a new music album Aya Sawan Jhoom Kar. In this new video, Singer AadizImran wants to include Rajasthan Police officers to showcase their talent. According to him, we will witness their natural work by the police force, as it is their occupation, which comes naturally without acting skills. IPS Dinesh M.N. and other police officers are also eager to become a part of this upcoming project. We will experience something new, which is quite exciting, added one of them. The project is actually being created to show some respect to the Rajasthan Police force. We hope Singer Aadiz Imran and Actor Kabir Khan get success in life and prosper in their field.

Afzal Anis
Afzal Anis is an Indian entrepreneur, Founder and CEO of Fametick Media, founded in 2019. I'm held responsible for the overall vision, strategic leadership, service delivery, culture, and growth of our award-winning pr agency, which has a million in trackable revenue. In 3 short years, Fametick has grown into a comprehensive and integrated global marketing agency with prominent clients across all major industry B2B/B2C sectors, including leading brands in retail, e-commerce, luxury, nonprofit, technology, sports, publishing, and politics.
Previous article
RAHUL AHUJA : Short Guide for the social media influencers
Next article
Deepak Daryani: On SR25’s Futuristic Vision and Plans 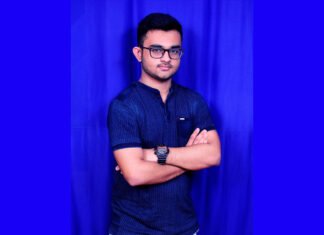 themiracle_stories - 16 September 2021 0
Srijit Chakraborty is one of the youngest authors. He was born on 4th October 2006. Srijit hails from Siliguri a city in the northeastern...