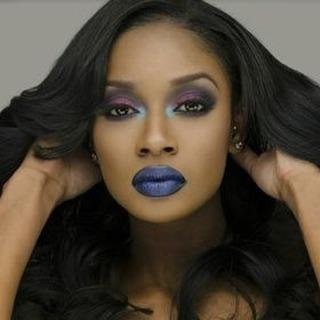 The Model, The Fashionista, The Hair Supplier, The Glam Queen

With this many titles ahead of her name, many are questioning “What can’t she do”? Tia Pride masters the art of hair through service, as well as in her everyday look. She is her own walking bulletin and that is exactly what makes her unique. In the field of hair, she says that she is mainly inspired by stylists Alonzo Arnold and Arrogant Tae. Meanwhile in her lane of fashion she receives inspiration from Teyana Taylor, Rihanna & Jayda Cheaves. By staying in tune with what’s current, Tia is able to utilize her platform and capitalize upon it. This has captured the interest of thousands and is in part due to a few viral videos of her sensational work. She has accomplished partnership with a top hair label “Luvmehair”, as well as worked with other established hair companies as apart of monetary promotion. Through her skill set in hair, Tia aims to influence and inspire other young entrepreneurs, both men and women alike. She lives by the motto “Set forth a goal you’d like to achieve even if it feels impossible. Keep going and never give up”.

Making a name for herself was rather easy for Tia. Growing up and in school, Tia was always labeled as a popular girl, but what made her popular was simply her style, beauty, and bigger than life bubbly personality. She started modeling at the age of 16, and by the age of 19, was published in her first magazine, Surreal Beauty Magazine. Despite the love she had for modeling, which was a talent chosen for her upon her beauty, Tia had other hidden, what she considers, God given, talents that she could not stay away from. Hair was something that always came to her easy. She started off practicing on family members and friends which led them to encouraging her to take her hair path more serious. During this time, Tia was in school completing her four-year degree in psychology. She continued doing hair, elevating from her mother’s house to her own apartment, and then to a salon. She now owns her own salon in the heart of Nashville, Tia’s Glam Shop. The increase in her brand did not stop there. After extensive research and testing, she is also the supplier of Glammed Extensions, her own hair line that plays a huge part in her social media influence due to its aesthetics of being silky and luxurious hair. Two years after having her daughter, her engagement on social media continued to increase and she has been granted many partnerships and sponsorship opportunities that will impact more growth. But with the good, sometimes comes the bad. This includes online trolls and negative comments that arise all too often when climbing the social ladder. She never lets this dwindle her light. Through her times of sorrow and self-doubt, hair has always been her number one peace and outlet. Tia emphasizes that there is no way you can work this hard just for it not to pay off, so always remember to just keep going. 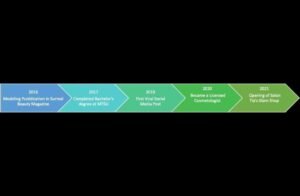 This future looks extremely bright for this young boss. Looking ahead, Tia sees herself launching a boutique, collaborating with other brands outside of hair, gaining nationwide exposure, opening her own academy, and hosting entrepreneur workshops that discuss the ins and outs of building a brand. Stay tuned for what is more to come from Tia Pride, a mogul in the making.

nevs.asiahttp://www.nevsasia.com%20
One stop solution for Trending news, Crypto News , Entertainment News and the news based on your interest
Previous article
Luis Pantaleon A. K. A Luis Bills.
Next article
Wadley StPierre A.K.A Wad_100_ An Entrepreneur and Creator 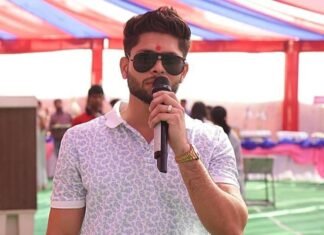 Ronak Kothari, The young entrepreneur shares about his venture in the...

Maxtern Web Team - 6 October 2020 0
We often tend to leave our passion behind for the sake of our professional enhancement. The modern life of din and bustle and growing...