Jaskiran Kaur is an Indian Actress from Punjab. She is also a Host and Model who has worked on
Punjabi Video songs and top branded commercial advertisements like Honda, Toyota,
and Samsung. She was born in a Sikh family in 1992 and her birthplace is
London, United Kingdom. Her Mother’s name is Preet Dhaliwal. Her height
is about 5′ 9”.

She has been in the top 3 “Miss California” contest and also in ”Miss
Laguna Beach USA 2018”. She also worked in many top brands ads like
”Kohler”, ”Toyota”, ”Honda” and ”Samsung”. In 2017, she worked as a
model in Punjabi music video 15 Minutes by Fateh ft. Amar Sandhu and
later in Gagan Khori Rolex and Khaas Bande songs.

Modeling Career
Fashion model Jaskiran Kaur, who represented Laguna Beach at the “Miss
California USA 2018” pageant, walked away with the third position during
the event held Dec. 3 at the Long Beach Terrace Theater in Long Beach,
California.
After her win, the Indian American model took to social media to share her
emotions: “I’m over the moon!” she wrote. “Having been able to share the
stage with the most strong, courageous women in all of California…it’s an
absolute honor! I never would have thought I would have made it this far!
Someone pinch me, I’m dreaming.”

Ghazal Gill, also a model, participated in the pageant as “Miss Greater Bay
Area 2018,” and finished as the fourth runner-up. Gill patted herself on the
back in a post on Facebook. She wrote that she was “very happy with my
performance, I carried myself with dignity, pride, elegance and confidence
and stayed true to myself the entire time.”
She went on to add that “I may not have gotten the crown this time, but I
am so glad I got to raise awareness against the abuse of women, spread
my message and inspire other women.”

These Days, a lot of girls are trying their luck in the Punjabi entertainment
industry. Some make it to the top while others simply fade away. Off lately,
a lot of actresses have been seen venturing into Punjabi music videos as
models and if things go in their favour, they even end up with a film offer in
hand.

A fitness and makeup freak, This Indian American, Punjabi-at-heart beauty
takes extra care of her figure and that’s probably why she’s got more than
100K followers on her Instagram page 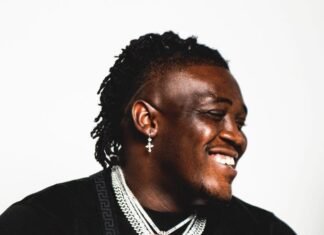 Yo Yo Shimul Singh is an Indian Artist, Entrepreneur, Digital Marketer,...

AS SAID BY ERICA JONG, "Everyone has talent. What's rare is the courage to follow it to the dark places where it leads."This quote...