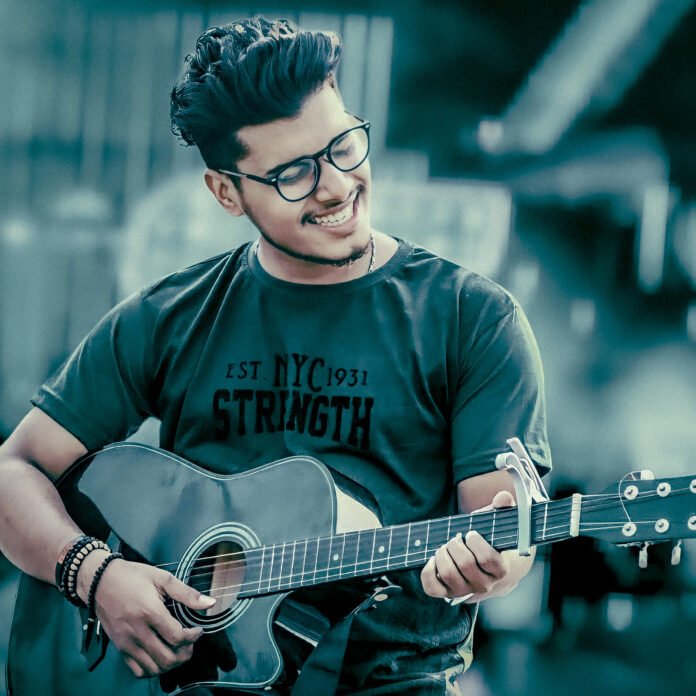 Smruti Pratik is a young Indian Singer, Lyricist, and a music composer born on 31th July 2000 in  Dhenkanal, Odisha . His Father’s name is Haramohan Nayak & his mother’s name is Pranati Nayak .
He has been very much interested in Singing since childhood. His biggest motivators are his mother his brother Kuldeep kaustuv along with his other family members and friends.
His other interests include Writing, Photography, Videography, editing . He invested his 5 years ( 2009 to 2014 ) in learning Hindustani Vocal and more than a year learning Harmonium which is from Sur Sangam , Rengali having its main branch in Akhil Bharatiya Gandharva Mahavidalaya Mandal , Mumbai. His Gurus are Dibya Lochan Acharya, Bipin Bihari Mishra, Rudra Charana Prusty & Rajkishor Pradhan.
He started uploading his music covers on YouTube from 2020. His very first official love song “To Bina” written and composed by himself, mix master by Anil Maharana and the music arrangement was by Op Beatz. His second Official song “Priya Mo Priya” written by Soumya Shree Nayak and his mother, music beat by Sudut Music, mix master by Saurav Harith was composed by himself. His next Bhajan song “To Rath Yatra Ku” which was written by Ramesh Chandra Mishra in celebrating the glory of Lord Jagannath and the triumph of good over the evil, by Cosmic Creativity Production. This song was composed and sung by himself, Music beat by Harith production and mix master by Saurav Harith. His next “Srabana Chitaa re” written by Soumya Shree Nayak, musical beat by Dizzal D Beat, mix master by Saurav Harith and sung and composed by himself. He uploaded the Most famous “Manike Mage Hite” in Odia Version which was composed, written and sung by himself.
Smruti Pratik is one of the few successful professional photographers, video Creator & influence on his Home Town (Dhenkanal) today, He is well known for capturing the stunning images from streets of Odisha  . He started his journey of
video Creator from YouTube  & Instagram Reels. Smruti Pratik has struggled a lot in the initial stage of his life.
Also He is among af the popular faces on social
media with 200k + Instagram followers.  He is also owner & founder of Cosmic Creativity Channel .
Smruti Pratik Currently working with some popular Face on social media.
We hope he will get more success in future & become inspiration for youngsters. We will soon see Smruti Pratik getting more name & fame in his career.
Facebook
Twitter
Pinterest
WhatsApp

Maxtern Web Teamhttps://maxternmedia.com/
As an organization, we exist to empower the new generation of thought leaders, developers, creators, digital marketers and entrepreneurs, to learn new skills, grow their careers, chase their passions and create financial freedom for themselves, their families, and their lives, all while living out their true purpose. Our global campuses and pop-up workshops will help to eradicate poverty. We are part of a global movement to increase diversity in tech and grow new economies in underserved communities around the world. We enable millennials to become what they want to become in life by learning new skills and leveraging the power of the digital economy. We are living proof that all you need to succeed in this new economy is WiFi and a dream. [No Maxtern journalist is involved in the creation of this content. Email: [email protected] for Removals]
Previous article
NIA ASIEL HOTTEST UPCOMING R&B ARTIST TO WATCH FROM CHICAGO
Next article
Cenforce 100 mg – Cure For Male Impotence – Male Sexual Enhancement 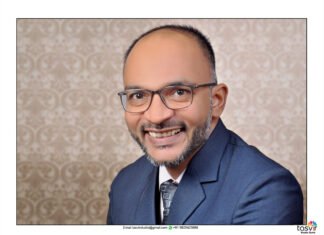 The Madras Tribune - 12 March 2022 0
Meet Hitesh Patel, a multi-faceted business personality who has carved a niche for himself in the field of education, web and software development. Surat: Contrary...

A Pep Talk with the most amazing author, Madhurima, the author...