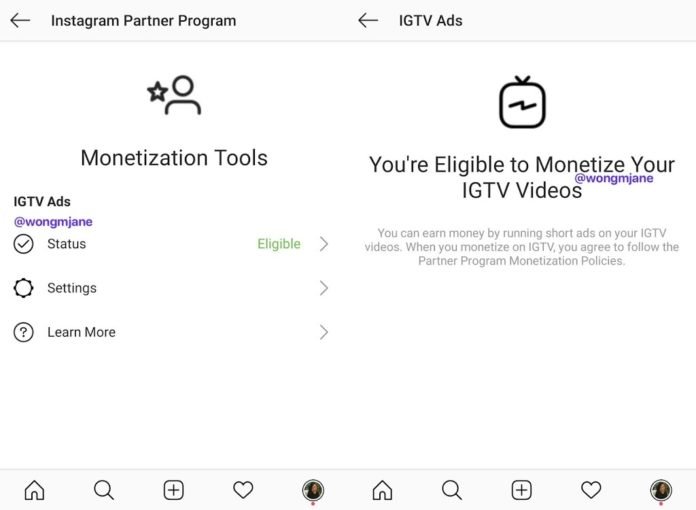 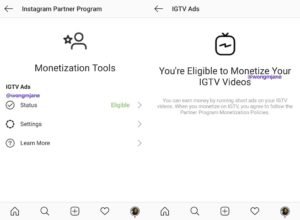 Instagram may, at long last, share a piece of its $20 billion ad revenue with creators. Spotted by the Hong Kong-based developer Jane Manchun Wong, who reverse-engineers apps to unearth unreleased features, the Facebook-owned social network is found to be testing a monetization platform for its long-form vertical video arm, IGTV.

Instagram is working on IGTV Ads to let influencers monetize their content by running short ads on their IGTV Videos pic.twitter.com/wOhbnpsfjL

Dubbed as the Instagram Partner Program, it will allow eligible influencers to earn money by “running short ads” on their IGTV videos. Similar to other video-based platforms such as YouTube, Instagram will have set criteria to decide which accounts can monetize their content. We don’t know yet whether it will be based on the number of watch hours a creator has accumulated over a certain period or their follower count or both.

Facebook confirmed IGTV Ads for Creators in a statement:

“We continue to explore ways to help creators monetize with IGTV. We don’t have more details to share now, but we will as they develop further.”

The YouTube Partner Program, for instance, requires publishers to have more than 4,000 valid public watch hours in the last 12 months as well as at least a thousand subscribers. On Facebook itself, business pages need to have a minimum of 10,000 followers and 30,000 1-minute views on videos in the last 60 days for making money off in-stream video ads.

There’s no word on the revenue split either. At the moment, Facebook lets producers earn a 55% cut from “Ad Breaks” on Facebook Watch.

Instagram already runs advertisements inside users’ feeds and between stories. However, the company hasn’t expanded that ad network to its nearly 18-month-old dedicated video platform so far.

Instagram first confirmed it would eventually bring a way for creators to monetize their IGTV content in April 2019. In an interview with The Verge, head of content and creator partnerships Justin Antony said, “We’ve always said that IGTV is going to be the first monetizable platform on Instagram. It’s just a matter of when, and I’m sure there’s more to come on that.”

The new monetization program arrives just in time for IGTV’s increased push against YouTube and TikTok. In May last year, Instagram backtracked on its original goal of exclusively building a vertical-video platform and began allowing landscape content. That same month, Instagram revamped IGTV’s feed to function more like TikTok’s replacing the side-scrolling carousel with a single A.I.-based vertical list.

Shortly after Jane published her findings, Instagram’s CEO, Adam Mosseri confirmed the existence of the Instagram Partner Program and in a tweet, added: “It’s no secret that we’ve been exploring this. We focused first on making sure the product had legs — else there would be little to monetize in the first place. IGTV is still in its early days, but it’s growing and so we’re exploring more ways to make it sustainable for creators.”

But as Instagram continues to delay monetization, IGTV’s growth has largely faltered and creators have begun to flock over to TikTok compromising hopes of ad revenue for more views. Today, the only option influencers have to earn — even on their 60-minute videos — is through direct brand partnerships. It’s also worth noting even Bytedance’s TikTok hasn’t introduced a monetization platform.

However, both YouTube rivals have competition looming around the corner. Vine’s successor, Byte, which has already surpassed a million downloads in the United States, is planning an extensive creator-focused monetization program and during its pilot, will share 100% of ad revenue with creators.

Maxtern Web Teamhttps://maxternmedia.com/
As an organization, we exist to empower the new generation of thought leaders, developers, creators, digital marketers and entrepreneurs, to learn new skills, grow their careers, chase their passions and create financial freedom for themselves, their families, and their lives, all while living out their true purpose. Our global campuses and pop-up workshops will help to eradicate poverty. We are part of a global movement to increase diversity in tech and grow new economies in underserved communities around the world. We enable millennials to become what they want to become in life by learning new skills and leveraging the power of the digital economy. We are living proof that all you need to succeed in this new economy is WiFi and a dream. [No Maxtern journalist is involved in the creation of this content. Email: [email protected] for Removals]
Previous article
Meet Avinash lulla India’s youngest social media influencer
Next article
Instagram update makes it easier to see who to unfollow, No Third Party apps Required 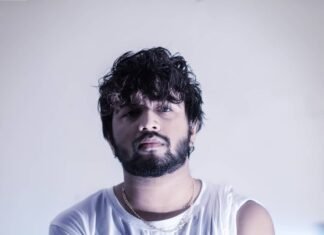 RishavJoshi - 6 February 2022 0
Arin Dez never seems to disappoint his listeners with his releases. This talented artist from Assam has already made his mark in the limelight...