Airtel Free Calls on Wi-Fi: Will it Work on Your iPhones, OnePlus or Xiaomi Phones? 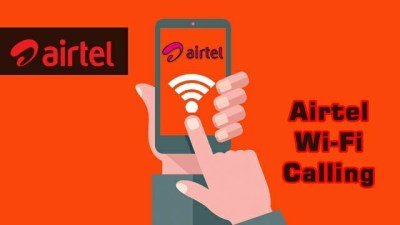 After testing it, Airtel is now rolling out Wi-Fi calling for its subscribers. However, for now Wi-Fi calling is going to work only on Airtel Xstream Fiber and on selected smartphones.

You must have an Airtel Xstream broadband line for the switch of voice calls from the Airtel mobile network to the Wi-Fi network.

Airtel has added 6 new devices to the list of compatible smartphones that supports Airtel Wi-Fi calling.

Samsung Galaxy M20, Samsung Galaxy S10 series and OnePlus 6 series devices are recently added to the list of supported devices. At first, only 25 smartphones were compatible with airtle Wi-Fi calling.

DEVICE that are compatible with Airtel Wi-Fi calling:

Maxtern Web Teamhttps://maxternmedia.com/
As an organization, we exist to empower the new generation of thought leaders, developers, creators, digital marketers and entrepreneurs, to learn new skills, grow their careers, chase their passions and create financial freedom for themselves, their families, and their lives, all while living out their true purpose. Our global campuses and pop-up workshops will help to eradicate poverty. We are part of a global movement to increase diversity in tech and grow new economies in underserved communities around the world. We enable millennials to become what they want to become in life by learning new skills and leveraging the power of the digital economy. We are living proof that all you need to succeed in this new economy is WiFi and a dream. [No Maxtern journalist is involved in the creation of this content. Email: contact@maxternmedia.com for Removals]
Previous article
Top 10 Most Followed Personalities On Tiktok – Top 10 Most Popular Tiktok Users 2020 Latest Update
Next article
Yash Jadhav – Boy who is earning 5 Figure per month via Instagram

Why a Regional eSIM is the Perfect Solution for Frequent Travelers?

What A VPAT Reveals About An Organization’s Approach To Accessibility? 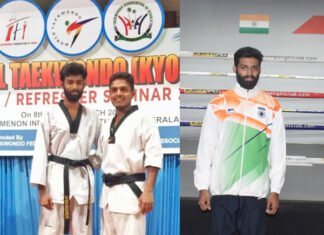 vlrads - 10 December 2022 0
Now, India is developing its own ESS (Electronic Scoring System) under the leadership of Ameer Vayalar for Taekwondo competitions, an Olympic event and an...

What distinguishes a SaaS platform from regular software applications?

5 Reasons Why You Should Get Your Car Washed And Detailed...