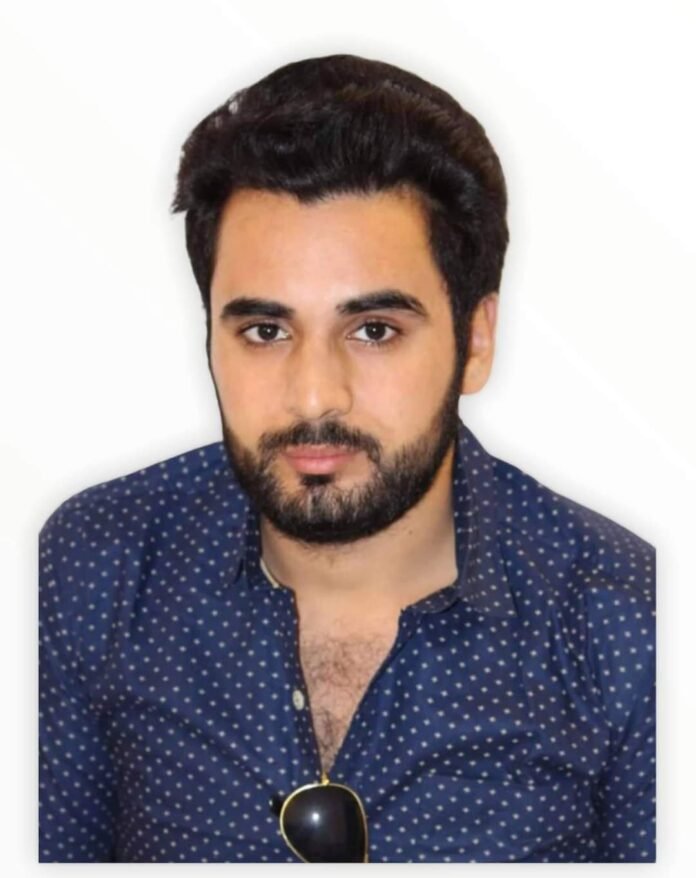 Fahaad Bhat a Lawyer, a Social Worker and a Businessman. He was born in Srinagar J&K (UT). He acquired his law degree from Mewar University. He was born on 10th April 1998. He is a very humble, empathetic, enthusiastic, social and a very self reliant person. Fahaad Bhat has a high EQ which means EMOTIONAL QUOTIENT maybe that’s the reason he has been evolved in humanitarian activities right from the age of 13 years. He has been working for the underprivileged, the needy the illiterate and aged and it gives him immense satisfaction when he sees the smile on their faces. He believes that nothing is more rewarding than this. he also ventures into other outdoor activities like rock climbing, racing, traveling etc Lastly he believes one should do what one likes ie. Follow your Heart.

• To create a society where every human leads a life of dignity.

• It has been a challenge for Mr. Fahaad to relay his vision to others but that is something that sets Mr. Fahaad as a powerful and inspiring leader from the rest.

• His dream is to inspire people to be more connected through facilitating and organising meaningful encounters, high quality events like Awareness Programs, Free Medical Camps, Flood Relief etc through which we can connect directly and help in the growth and development of the communities.

To empower the disadvantaged sections of society by providing them quality education free of cost financial assistance to develop life skills and ultimately become self sufficient. To create a society where the marginalized the old the sick the orphans the widows the homeless the social victims become secure financially and socially. And get to lead a life of dignity.

Fahaad Bhat has been actively involved in philanthropic activities and Social work since 2013 as such:

• In 2014, the State of J & K was hit by a devastating flood that led to displacement of families. Through Mr. Fahaad’s tireless efforts the displaced families were provided with proper shelter, food and other basis needs.

• In 2015, a DRUG AWARENESS CAMPAIGN was held under the guidance of Mr. Fahaad in Kashmir to make the youth aware about the repercussion of drug addiction. He also held several workshops in order to motivate and guide the youth concerning life threatening consequences of smoking and its effect on their lives.

• In 2016, Mr. Fahaad donated stationeries and uniforms to less opportunate kids and lunch boxes to the impoverished.

• In 2017, a PEACE CONFERENCE was organised by Mr. Fahaad in Jammu where he emphasized the importance of unity and brotherhood among people.

• Recently, Mr. Fahaad moved to Delhi to pursue his long desired passion to become a Lawyer. As part of his philanthropic activities, Mr. Fahaad advocates innocent lives in prison who can’t afford a professional lawyer.

Social work is more than a job. It is call from the Almighty to serve humanity.

As a child Fahaad grew up in an environment that was very disturbed, tense and hostile for him. Poverty, violence, killing, discrimination and violation of the basic human rights of the people, illiteracy etc was rampant.

It was a trip to his ancestral home at the age of 13 where Fahaad found the inspiration and mission for what would become his life’s Passion.

He always wondered why somebody doesn’t do something for the society, for the underprivileged, the orphans and the most vulnerable humans…

Then he realize that he was that “SOMEBODY”. The early days were full of struggle, anxiety and hopelessness. He had witnessed some of the most miserable, painful and heartrending situation that sometimes disturbed him. Then Fahaad thought I AM ONLY ME but I AM “ME”. He realized that he could not change the situation but he could bring a little sun shine in the lives of the people who were vulnerable. He still reminisces the gawky teenager walking miles in knee deep snow to remote areas distributing blankets, food items, and warm clothes to the poor in the freezing temperature. Small hamlets had people who were away from all the modern amenities, the luxuries. He saw how the harsh climate for more than 6 months broke the backbone of the people. There were no means of livelihood for the underprivileged communities. Seeing their struggles, their poverty and tough life had a lasting effect on him. It took him a long time to overcome the helplessness the anxiety, the depression he felt time and again when he was unable to extend financial support to the needy. It was very painful. There was no team to support him, no one who could understand the Cause behind the Mission. His journey was a perilous one. The hurdles and the non cooperation that he faced did not damage his mental strength. He found his mission and continued it with renewed vigor.

The 90’s were one of the most disturbing periods in the Kashmir valley. Militancy, ethnic clashes, unemployment, mass exodus of people disturbed the peaceful fabric of this HEAVEN ON EARTH poverty, unemployment, made people more vulnerable. The most to suffer were the children, the youth, the widows who lost their husbands in this turmoil, and the orphans who were homeless. His dream was to inspire people to be more connected through facilitating and organising meaningful encounters, high quality events like Awareness Programs, Free Medical Camps, Flood Relief etc through which he could connect directly and help in the growth and development of the communities. As he grew up he decided to work for his people. It was his mission to remove human suffering, to educate, to empower the youth and women by creating opportunities for employment.

Fahaad knew that the youth of Kashmir were very talented, intelligent, and peace loving. So he started organizing literacy camps, distributing financial aid, giving scholarships to the needy students and also providing jobs to the jobless. Seminars were conducted to help eradicate drug addiction among youth. With thousands of jobless people, widows, orphans who were leading miserable lives Fahaad provided financial aid, helped widows to become self dependent.

As “Monique Renee Smith” said It’s the light in people’s eyes, when they first find that hope. When they empower themselves, and finally learn to cope. It’s watching them find a new life, one they actually want to live. It’s the joy of the families, as they reunite and forgive, It’s that one day you wonder, “am I really making a difference in what I do?” Then your email reads; “I am happy and well, and I want to thank you.” “That’s when you know.” I say with a tear… “There could not be, a more rewarding career”,

nevs.asiahttp://www.nevsasia.com%20
One stop solution for Trending news, Crypto News , Entertainment News and the news based on your interest
Previous article
FAHAAD BHAT – BLESSED BY THE ALMIGHTY WITH A HEART TO CARE.
Next article
Which Juice is Good for Skin Whitening and Glowing Skin 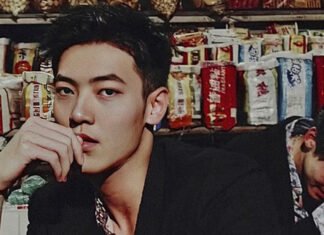 WHY Mohamad Ramezani Pour CHOSE TO BECOME AN Pilot AND WHAT...

Manish Teotia – the producer carries some of the entertaining and...