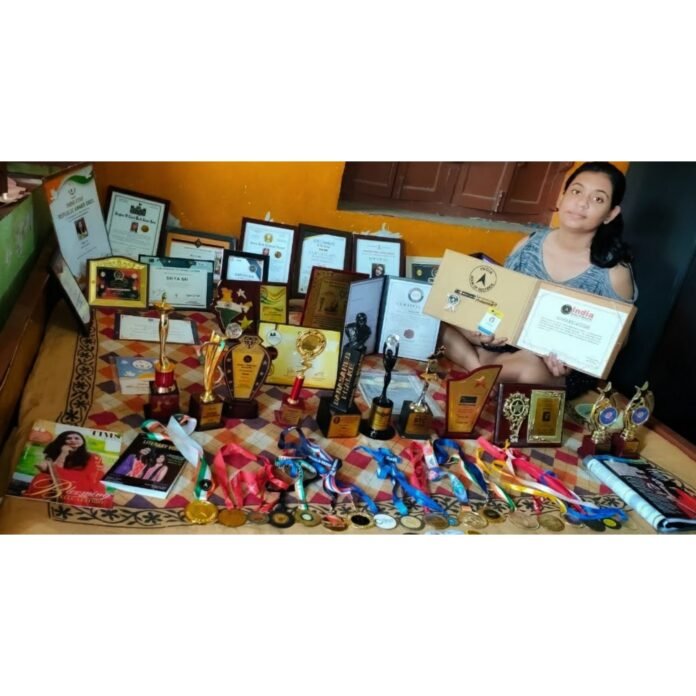 Mithila, a region in the state of Bihar, Northern India has an important tradition of
worshipping knowledge in the form of art & culture. Sriya was only in 8th standard when the
opportunity to write knocked at her doors in the form of our Honourable Prime Minister
Narendra Modi’s Swachh Bharat Abhiyan. Her teachers persuaded her to write her first
poetry for the competition but somewhere in her mind, she was not prepared. The same day
when she went home & asked her mother about her opinion, something just finally clicked in
place for her. Her mother, being a writer herself, made her daughter understand the
importance of imagination & determination towards writing.
Young Sriya was quite unswervable in her resolve to write & didn’t let anything detour her.
Her efforts paid off as she stood in front of the crowd receiving the winner’s trophy and no
sooner, she was representing her state. Although she didn’t win this time, standing at the 7th position was good enough to fuel her passion to spill her imagination. Immersing herself in Ram Dhari Singh Dinkar & Jaun Elia’s poetry, Sriya blossomed into an author
extraordinnaire who even sacrificed her career in medical sciences for the same.
After coming to Delhi for her degree in Journalism, when she was approached to co-author a book, her doors to the world of commercial writing opened. It was time to reach the sky.

Daughter of Bihar Woman of Letters
What could be a prouder moment for a woman to kick-start her career with a book in her
mother tongue? Sriya got to author her first book ‘Mithila Sanskriti’ in her college life that she wrote in Maithili. After this book, her success knew no bounds with over 150 anthologies and 20 books under her umbrella so far and many more slated to come anytime soon!
She has also been part of national magazines, featured in author interviews and part of
multiple world record books.She has her
command over Hindi, English and Maithili and has successfully published books in all the three languages

Recalling how just 7 years ago, she has made her debut in the world of poetry but now her
purpose is to take her poetry to a larger platform & audience. She believes that Writing is just like Meditation that requires an author’s utmost concentration & depth of
understanding. Presently, she is spreading her poetry to people under the community
‘Speakup Mithila’ .
She has bagged multiple awards for her mind-blowing work. Naming all might take the whole
day but some most prominent ones include the Inspirational Indian Awards, Be The Change
Awards, Indian Professional Awards, FCP Excellence Awards, Kalam Book of Records
Holder, Amazing World of Book Records Holder, Vajra Book of Records, India Book of
Record, Spectrum Sahitya Award, Star India Republic Awardee,she awardee,Rising star awardee,warriors of change awardee,sparking dimond awardee,indian acheiver awardee and much more.
Sriya Jha is currently Dadasaheb Phalke Awardee & we wish for her to achieve all that her heart desires. The flame she has burning within herself to bring the Mithilanchali’s forward is applaudable 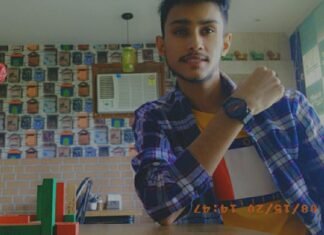 Mohit Churiwal - 9 September 2020 0
Let's meet Dipanshu Thakur who is just 21 years old guy from Delhi, mostly friends address him as his nick name "Diksh". At the...

Sandeep, A 19 Year Old Boy Who Started Earning From A...

Md Sahan Ahmed is a successful musical artist in Bangladesh