Sourve Saha is an Actor and Bangladeshi YouTuber. He became famous through the ”Ronggin Bd” &”The Rang Tube” YouTube channel. He is also well-known as “Hell-met” “ “Tui boro baiman“. And many more for his bengali tv dramas.

Sourve Saha, is a well-known Bangladeshi Actor , Model, Social and influential. He originally worked on television plays and series in Bangladesh. Sourve Saha is one of the most popular theater Actor in Bangladesh. He appeared mainly in Bengali TV drama, music videos, and short films.

Social work is yet another thing undertaken by Sourve Saha. In fact, his official page has a funding option that is available to all the viewers and this directly goes to the people in need of education and some kind of monetary help that would improve their standard of living. There was yet another time when he had helped out a young girl who was suffering from a life-threatening disease and his donation had helped her to fully recover. There are other few notable incidents too, one of the most important ones being the Amphan Situation.

Sourve Saha has a lot of qualities, and that is too exceptional for him because he is not just interested in one kind of job and his area of expertise lies in a bunch of things. For example, he is mainly an actor by profession and has been in a lot of popular TV shows, hosted a number of events, and has also earned prestigious awards for his good work. He does not usually call himself an artist and wants to be known as an entertainer because the kind of work that does is usually meant for the purpose to influence people in a positive way and also to entertain them. He has experience in a very wide field and can act on certainly any topic, and all of this without compromising on the originality of his personality and character. Sometimes people are really amazed to see how well organized he is and his unique way of entertaining people makes him stand out from the crowd. However, there is one particular thing that he has and no other artist he, not eastern India has, it is the fact that he is an all-rounder. 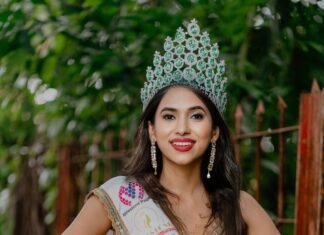 Who is Nishtha Shrivastava? All you need to know about Milestone...

Ubbay Francis - 26 September 2021 0
Nishtha Shrivastava was born in Bhopal and is a bestselling author and IT Professional who completed her graduation from Rajasthan Technical University.She started her...