Omar Bin Fahad is an Independent artist and an Entrepreneur from Dhaka, Bangladesh

‘Omar Bin Fahad’ well-known as Omar Fahad is a Software Developer and a Musical Artist from Dhaka, Bangladesh. Working as an independent artist since 2021. Omar Bin Fahad was born in Cumilla, Bangladesh on 29 January 2004. Since childhood, he was interested in music. He starts his journey as an artist from his own studio.

He is a producer of a film named ‘NO LOVE’. He worked as a producer and a music artist in his film. Since beginning his journey as a freelance developer nearly two years ago. Now he is one of the best software developer and Musical Artist from Bangladesh. He has done remote work for private agencies in Bangladesh.

Omar Bin Fahad has Consulted for startups and collaborated with talented people to create a digital product for both business and consumer use. He builds websites and applications with the latest technologies that work as hard as you, achieve the results that you want, and generate a return on your investment. He said, “I’m working for my next startup known as Lostdex. I’ll work for consumer’s satisfaction. I’ve worked a lot for myself and my companies. Now It’s time to work for my clients. I’m really happy to providing service to all the people of my country.”

Omar Bin Fahad also joined the concert in Bangladesh held on 31 July 2021 for his official release of ‘Faith’. Omar Bin Fahad is open a great opportunity to those who really want to work hard and working on his Book to publish named ‘Jihad- In the way of religion’. Omar Bin Fahad is dreams to visit so many countries and one of his hobbies is traveling. In recent days he is working to make some products to brings the people closer. He is working on a lot of projects.

Omar Bin Fahad got verified on many platforms like Spotify, youtube, JioSavan, Boomplay, and so on. He said he’ll create a website everyone gets to learn with and work with him. Building a community and opportunity for all young people who are interested in many online base work and bring the world closer by making beautiful products. 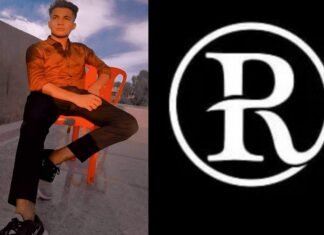 Nadeem Ali - 12 December 2021 0
The rise of social media’s power has been one among the many reasons for the exponential growth of today’s competitive era. Social media provides...