Mynul Islam Tuhin is a student of Government Titumir College, Dhaka. Only 19 years old. In this short life, he has left a trail of success in the world of digital marketing.
Tuhin is simultaneously an influencer, entrepreneur, musician and blogger. This young man grew up in Barguna, one of the oldest cities in Bangladesh. The thought of doing something new has always frustrated him since childhood.
Tuhin has established himself in the digital marketing industry as a successful marketer. He started his own company‘TuhinTube.’When asked what kind of activities he is conducting, he said that his company is mainly working on creating content for Facebook and YouTube. They do digital marketing through content launching, distribution, customer service for a variety of agencies around the world.
Digital marketing is the promotion of products through the use of digital channels. Digital marketing includes social media, YouTube marketing, search engines, influencer marketing. In the current era, this young man thinks that digital marketing is a huge field of potential.
Its importance in marketing is increasing day by day. He urged the youth to work in this field. If you want to start working with digital marketing, you must first increase your skills. There is no substitute for research. In addition, you need to have an idea about the use of different tools. What kind of content do people like? Tuhin said that creating content is very important in digital marketing.
Again, many marketers are not getting the opportunity to work in digital marketing even after creating a lot of good content. He always thinks for them and dreams of doing something. He has overcome many obstacles at the beginning of his career. So Tuhin is trying from his position so that the young people who come to work in the digital world do not face any obstacles.
Apart from social responsibility, he is also involved in various social activities. Doing blogging. Mynul Islam Tuhin believes that change in society is possible only by spreading positive work.
It was Tuhin’s tireless work and dedication that made it possible. Tuhin says he never refused to learn. He believes there is no age to stop studying. One should disclose the highest amount of information that he can achieve but he should be intelligent enough to choose what is right and what is wrong. He always tries to stay positive and works by focusing on his profession. He emphasized that one should never be complacent about one’s work. If you decide something less and you want to achieve in the end, you are not true to your profession and make yourself more insignificant. Tuhin is a successful business entrepreneur and a top generation expert who has opened up new horizons for young entrepreneurs with their marketing experience who are looking forward to taking up the field as their career.
As a digital marketer, Mynul Islam Tuhin believes that there is no trick to success. People succeed with their honesty, concentration, hard work and hard work. Asked about his future plans, he said, “I have a long way to go” The dream touches the sky, the destination is far away.
Facebook
Twitter
Pinterest
WhatsApp

Yeager Digitalhttps://yeagerdigital.com/
digital marketing agency
Previous articleJennifer A. Mancuso Turned Her Passion Into A Business, Multiple Times. Here’s How She Does It
Next articleYour talent doesn’t depend on your followers count – Irfan Khan Yousafzai 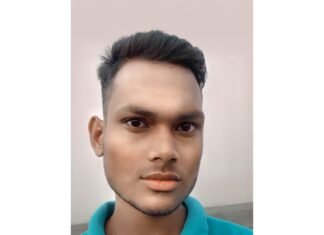 Sahel Ahmed is a successful musician and entrepreneur

Success Story Of Fuyad It As A Top Marketing Company From...