Meet a Young Talented Writer & Musician Abu Jakaria, Who has a big Contribution on Music & Writing.

Abu Jakaria is a 19-year-old musical artist, actor, writer, novelist and social media personality.
He is studying in the Department of Computer Science and Engineering of Dhaka Polytechnic Institute.
Besides studying, he is improving his skills by doing different kinds of work.

Mohammad Abu Jakaria – Born on 20 August 2002, in a middle class family in a remote village in Kurigram district.

Abu Jakaria is a well-known writer and musician. He joined the world of music in 2016 and started writing in 2019.
When his first cover song “Fanush” was published on YouTube in 2016, Sara threw it in the cultural arena of Bangladesh. He sang many songs one after another, wrote many songs and books one after another.
In these 6 years of 2016-2021, he seems to be an example of a successful person. He has won the hearts of the people by singing one song after another. He is going through the audience as he has been successful in his long 5 year music career
extensive entertainment. When his first song “Bolbo Na Go” was released in 2021, there was a huge tide in the fans. He then released songs like “Meri Ashiqui, Zara Zara, Tum Hi Anna,” etc.
The songs have been released on all international platforms. All his music will be available on platforms like Spotify, Deezer, Amazon Music, iTunes, Sound Cloud etc.

Abu Jakaria was not satisfied with just singing. He has written many books. He has acted in many movies and songs.
His books include “Ethical Hacking, The Damn Girl, The Most Dangerous Game, Lost of Reason, Reason Loss Part-1, Reason Loss Part-2, etc.”
Experts believe that his books have made a huge impact in the international arena. He has published many books in 35+ platform, including “Google Books, Amazon, Recuten Kobo, Scribd, Apple Books” etc.
Abu Jakaria has spread all over the country and abroad with his writings. He is like a bright potential of the country.

Abu Jakaria said, “I will give some better gifts if I get the love and support of the fans.” I want to do something for the country and the people of the country.
I want Bangladesh to be known as a model town in the world.

Abu Jakaria
Abu Jakaria is a Bangladeshi Writer/Author, Novelist, Dramatist, Screenwriter, Filmmaker, Songwriter, Musician, Web Developer, Software Engineer. He was born on 20th August 2002. Abu Jakaria is a writer. He wrotes many of books ethical hacking, reason loss part-1, reason loss part-2 etc. These books are available on google books, amazon, barnes & noble, apple books, sricbd, rakuten kobo, baker & taylor, tolino, vivlio etc platform. His books are selling all over the world and on the all international platform.He is a musician too. As a musician, Abu Jakaria is playing as the Lead Vocalist & Guiterist of his own band. Besides, he is also the Founder & President of a charity organisation names "Josna Foundation".Before entering into the world of music, Abu Jakaria was an expert ethical hacker in his teenage life. He was not only into hacking but also really very passionate about hacking until one day when he found out his obsession with Guitar and suddenly decided to be a Guitarist & Vocalist.Besides being a guitarist, Abu Jakaria is also into the fascinating world of the Web. For instance, He is a Web Designer and works as a freelancer. Well, as a Web Designer, he has acquired mastery-skills in Elementor, WordPress, Shopify, Email Marketing (MailChimp), etc.
Previous articleSk Unus Ali is an Indian Entrepreneur
Next articleKristof D, also known as Kito.Kd is a Professional model based in Antwerp, Belgium 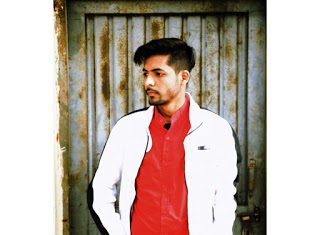 Mohit Churiwal - 23 January 2020 0
At a time when most 20-year-olds are worried life, there is one young man, who is busy creating social media history! His name is...

Badal Sahoo, a boy from Odisha is The Unstoppable Force who...

Nushrat will pen the foreword for Ubbay Francis debut book