Md Numan Ahmed was born on July 02, 2001, in Sylhet (his native village). At present, he is living in Biswanath with his family of four members.

He started his education at Government Primary Madrasah at Biswanath. After he passed Secondary (SSC) from Lakwswar Madrasah and Higher Secondary (HSC) from Subhanigath College, Sylhet. Later he was admitted to National University with honors (currently a 1st year student).

Md Numan Ahmed started his music career in 2017. He is learning a song from his brother. He is first competition attend upazila big program and won the second place in Sylhet district. Thus began the life of his song. A few bands later offered him. He joined Rupkothar Sanskritik Sangsad and improved his music career.

He always loves to make people Teach. On his Facebook page and Youtube channel, he uploads his tech activities to teach people. Though he started working as a content creator and but now he is also working hard to be a musical artist. He said that it’s time to work as a musician side by side as a Youtube content creator.

Numan in addition to technical, he is regularly performing on his own YouTube channel “Technical BN”. There he made videos on Facebook tricks, YouTube marketing, Technology other tech-related videos. At present, his channel has about 3k subscribers.

Md Numan Ahmed has been verified on YouTube on 24 May, 2021 as a Bangladeshi Musician. He is also a verified artist on the largest music platforms like Spotify, Amazon Music, Deezer, Jio Saavn, iTunes, Pandora, Tidal, Shazam, etc. He has an official Facebook Fanpage named “Md Numan Ahmed”.

His suggestion for new content creators and musical artists is to work hard. If you have the desire to achieve something then you will definitely succeed. Md Numan Ahmed is a normal boy. But now he is known by too many people just for his hard work and passion. 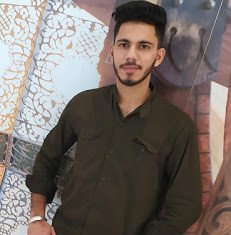 Mohit Churiwal - 19 January 2020 0
It is correctly said that to be an overachiever in any field, proper skills and knowledge play the most crucial role, which this young...

Jennifer A. Mancuso Turned Her Passion Into A Business, Multiple Times....