he is also a Bangladeshi Influencer, Hridoy Ahammed Shanto  is a comedian actor and also a short film star and currently, his short films are on the national level.

He is also known for his acting skills and creative videos over the society for which he has been able to secure a large number of views on his videos.

Hridoy Ahammed Shanto  was born in Dhaka, Bangladesh, and loved acting which gave him achance to embrace him as a star with his incredible videos,

Hridoy leveraged his stardom to help him realize his dreams.

He was able to get as many fans on social media as he always wanted in life.

Hridoy Ahammed Shanto in his initial days, didn’t have any idea about shooting a video.

So, he had a glance of all the famous personalities of youtube and tried to learn and gain some knowledge by watching their videos and started his own channel on YouTube.

Firstly, he started recording videos on his phone with the help of a selfie stick, he also took help from his friends and sister for recording his video.

But he was very intimidated by the audience and no one supported him and also made fun of his videos which made him feel de-motivated.

So, he just took some time off from the social media world and stopped making videos and started concentrating on his studies and took admission for mohammadpur govt college.

But life took turns again and his new friends realized his talent and came to know about his passion of being a most popular Youtuber and encouraged him to start all over again.

His channel became famous with the viral video “V.I.P Rikshawala “, that video was the turning point of his youtube career.

Hridoy crossed a million subscribers in 2020 and got his Gold Play button.

In 2018-2019, Hridoy Ahammed Shanto became familiar with Youtube when he was very young.

He used to watch Bangladeshi Short Film on Youtube and from there he was inspired to build his channel.

newsdesk
Previous articleCedric Swift aka MPA LiberRacci : The Rapper from Atlanta,Georgia changing the lives of the People
Next articleAbu Taher Rezbi’s Story :Becoming one of The Most Popular Poet and Writer 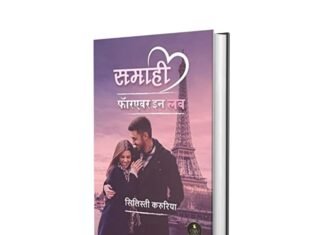 themiracle_stories - 12 January 2022 0
A book is something that connects you with itself from the first page to the last page, and if it is even closed -...

Naman Bhambri, An Entrepreneur And A Successful Influencer Set A New...