Honest became a brave young journalist Atif Rasel.I spent my childhood in Tangail. I passed SSC and JSC from Matikata High School, Bingan Division, Bhunapur Upazila, Tangail. Tangail is a district in the greater Dhaka In cultural activities since childhoodI used to drown I used to do a lot of things like Kachikachar Asar and painting And there was a tendency to write since then But I still think that when I grow up I will be a journalist I have been writing since I was little
Besides, my great uncle was a photojournalist As a result, the two of them are sitting at home together developing photos, taking pictures, writing the title-narrative of the pictures. In doing so, I used to translate some articles from the magazines that used to come to my house I used to write features They were printed in newspapers These are all but the events of my ninth-tenth grade That’s whenMy name has become famous Although at that time I used to write in weekly magazines and online magazines After Ibrahim Khan was admitted in the Bingan department of the government college, journalism actually started in full swing. ” He gained popularity as a journalist in a few daysHe is not afraid of anyone. He is always honest. Talking about the early days of his journalistic life, this star journalist of Bangladesh said, I started my journalism with Daily Tritiyamatra.
After seeing my writing, the editor told me that he had given me a lot of inspiration to do my work.
I have worked in online magazines before BD News Live 7 Atif Rasel worked in ‘daily bangla khobor’ after the daily Ajker Kagoj Then in 2020 he joined ‘Daily kaljoyi’
He is now a well-known face in Bangladesh. He has a good reputation as a journalist. He is a true and courageous journalist. His writings are very popular among the people of Bangladesh.He said he wanted to serve the country and added that his hope was to do something big for the country. He asked the youth to work in the service of the country by refraining from drugs. 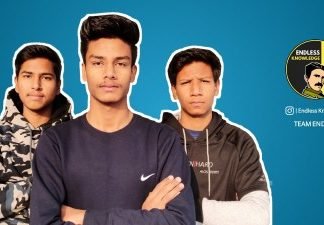 Team Endless: A Team Of Youth That Are Spreading General Awareness...

Shivalinga, a 20 year old boy from Gulbarga, who is change...