Alamgir Islam is a well known name in the music world of Bangladesh. Born and raised in Thakurgaon district of Bangladesh, Alamgir Islam has been a fan of music since childhood. After completing his primary education, he took writing and instructional courses, and in this case received short film and film training.

As we all know, nothing comes easily and we have to face many difficulties and many obstacles in our way to reach success. But his determination, willpower and passion to do something in the film industry has led him to make a place for himself in the glam world.

According to Alamgir Islam, “There is no secret to success and development because I believe that a person can grow through hard work. When people see me living a luxurious life, they assume that it is easy for me, but the truth is that I work hard during the day. I mean to study hard and establish a network while most people maintain their status and comfort. “Alamgir Islam started his career as a film actor but now he has established himself as a writer. He always followed a statement that said, “Patience and courage are all around.”

Alamgir Islam further said that when something memorable happens in your life, it changes your destination, path and thoughts. I went through some difficult situations that inspired me to write and share with people.

In addition to being a brilliant poet and writer, Alamgir Islam is an actor and writer artist and he captivated people through his art, which brought him more name and recognition.

Alamgir Islam said, ‘I have loved music since childhood. I used to act in many school-college programs. I bought my first movie in 2005 and sang with it.

“In other parts of the world, corona outbreaks have become a major problem. Working outside the home is dangerous these days. Most actors work from home and distribute their work through numerous online platforms. I believe that the work of this genre will be appreciated and everyone will release their movies in the future. ”

Thank you for founding Youtube Corporation. Everyone will pray for me to stay healthy so that I can give you better my drama, short film gift. Best wishes and love to all. 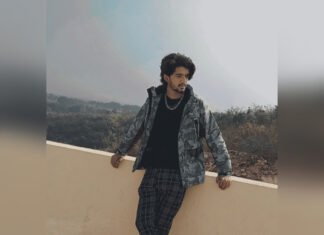 Ash - 17 September 2021 0
Internet-based music streaming services have swept the music business by storm and have fundamentally altered the manner in which consumers listen to music. Music...